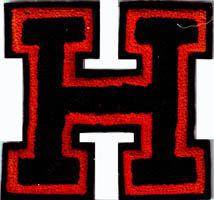 Hi all:
Sorry to be the bearer of sad tidings so often but someone has to do it.  Been away on vacation so this is a bit late.

John J. Kerlin  John J. Kerlin, 74, passed into God's loving embrace Thursday, Aug. 18, 2011, at Compassionate Care Hospice in Saint Francis Medical Center with his loving family by his side. Born in Trenton, NJ, John was a longtime Mercerville resident and businessman. He attended Hamilton High West and was an avid photographer there. Following graduation, he was a Navy reservist and veteran who proudly served on the USS Harlan R. Dickson and received the Good Conduct Medal. Upon completing his military service, John worked at Reedman Auto for several years. True to his entrepreneurial spirit, he opened and successfully operated Kerlin's Auto Service until 1972, when he decided to pursue a new career that would allow him to spend more time with his wife and two young sons whom he adored. Thus, John's Heating and Air Conditioning was born. John could always be found in his blue uniform and bright red truck. He loved working side by side with his devoted son, Wayne, who continues in John's footsteps, proudly wearing the uniform and driving the bright red truck. When not working, John enjoyed reading heating and cooling technical manuals, watching football on television, taking trips with his beloved wife, Diana, gardening, and attending weekly Mass. He always insisted on sitting in the first pew. A member of Our Lady of Sorrows Church, he also enjoyed attending Mass at Saint Gregory the Great Church. John was predeceased by parents, John W. and Anna (Vlaszac) Kerlin, and father and mother in-law, Joseph and Anna Glonek. Left to honor John's memory are his devoted wife and best friend of 47 years, Diana Glonek Kerlin; his dear son and daughter in-law, Paul and Jennifer Kerlin of Colorado; his loving son and daughter in-law, Wayne and Roseanne Kerlin of Yardville, NJ; his precious grandchildren, Christopher and Nicholas of Colorado; a sister-in-law, Joan Doll, and a host of other relatives and friends. Relatives and friends are invited to attend the funeral service at 6 p.m. on Sunday, Aug. 21, at the Chiacchio Southview Funeral Home, 990 S. Broad St., Trenton. Visitation will be held from 4-7 pm Sunday evening. Burial with military honors will be held privately at Brig. Gen. Wm. C. Doyle Veterans Memorial Cemetery, Wrightstown, NJ. Parking and handicap access are located behind the funeral home.